• 12:06:00 PM • Batman, Blog, hello, Movie, Reaction, Superman
Months ago, DC Comics fans curious to see the first footage from Zack Snyder’s Batman V Superman: Dawn of Justice paid to see a trailer presentation in IMAX. The director recorded an introduction, showed the trailer twice, and ended the clip with a brief shot of the two heroes, Batman (Ben Affleck) and Superman (Henry Cavill), charging at each other, ready for battle. 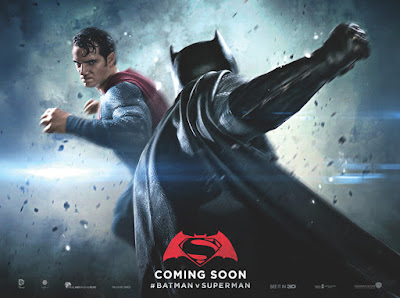 It wasn’t much, but the true reward arrived Monday night. Those same fans were invited to an early screening of Batman v Superman, and reactions are all over the map.

Celebrating the fact that they were able to see it first, fans took to Twitter using the hashtag #IMAXBVS, and filed their extreme reactions to Zack Snyder’s newest blockbuster. Seeing as how the audiences from coast to coast were largely people who paid money to see a trailer for Batman v Superman on the big screen, it’s not too surprising that positive tweets were in abundance. However, the level of praise was surprisingly high… even for fanboy nation.

After years of hype and speculation, Batman v Superman is finally coming to cinemas this week, and fans, as you may have suspected, are very anxious to find out what the film is like.

Some carefully selected audiences - consisting mainly of journalists and DC fans - have already seen the film and the reaction has been very positive so far.

According to various Tweets, the film is comparatively as good as the first Avengers film, with Wonder Woman seemingly “stealing the show” upon her entrance.

If #BatmanvSuperman is an example of what to expect from future DC movies then Marvel better watch out
— Tom Nolan (@ThatsMrTomNolan) March 21, 2016

Still not over the #BVSPremiere. Still so giddy. Im totaaaaallllyy going to be seeing this again
— Mariam Chubinidzhe (@marchubz) March 21, 2016

I love Keaton more than anyone, but this is the best live action Batman ever. And it's not even remotely close. #BatmanvSuperman
— Carl Cunningham (@carlcunningham) March 21, 2016

Also, many aspects are not what people are expecting. The trailers were cleverly deceptive. #BatmanvsSuperman
— Carl Cunningham (@carlcunningham) March 21, 2016

@BLynchBooks I am! It...it was an incredible movie. Totally lived up to my expectations, and still had lots of surprises
— Ben Kahn (@BenTheKahn) March 21, 2016

Lots to process and think about, but overall BvS is an excellent movie #BVSPremiere
— Ben Kahn (@BenTheKahn) March 21, 2016

@DgPedroperez I'd already liked Cavill in MoS, but he's clearly more comfortable and confident in the role this time around
— Ben Kahn (@BenTheKahn) March 21, 2016


It's been nearly two years since Superman's (Henry Cavill) colossal battle with Zod (Michael Shannon) devastated the city of Metropolis. The loss of life and collateral damage left many feeling angry and helpless, including crime-fighting billionaire Bruce Wayne (Ben Affleck). Convinced that Superman is now a threat to humanity, Batman embarks on a personal vendetta to end his reign on Earth, while the conniving Lex Luthor (Jesse Eisenberg) launches his own crusade against the Man of Steel.

In Batman v. Superman: Dawn of Justice, fearing the actions of a god-like Super Hero left unchecked, Gotham City’s own formidable, forceful vigilante takes on Metropolis’s most revered, modern-day savior, while the world wrestles with what sort of hero it really needs. And with Batman and Superman at war with one another, a new threat quickly arises, putting mankind in greater danger than it’s ever known before.