• 12:13:00 AM • Hack, havok, problem, WhatsApp, whatsapp problem, whatsapp server
Manchester United’s long running popular live fan event, #ILOVEUNITED will be returning for the 2018/19 season, promising to be bigger and better than ever, linking up fan parties around the world

The new look #ILOVEUNITED promises same levels of excitement as previous events, only this time on a much bigger scale. The first of these events will be hosted in Chennai, India where the club will also interact with fan parties around the world, hosted by the club’s official supporters clubs and commercial partners.

Multiple locations will be selected to host satellite events, connected by video links to the main #ILOVEUNITED fan party, creating one big interactive event, allowing our fans around the globe to show their support for Manchester United.

The first event kicks off in Chennai, India on Sunday 16th December at Express Avenue Mall with our first encounter of the season against Liverpool at Anfield. 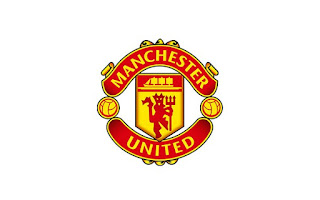 #ILOVEUNITED is free to attend and fans are asked to apply online for tickets by visiting www.manutd.com/iloveunitedindia by no later than 6thDecember. Applications will then be entered into a ballot, with tickets issued at random. Successful applicants will be notified by email no later than 10th December*

As with previous events, Manchester United Legends and Ambassadors will be on the ground meeting fans, sampling local culture and giving pre-match views and post-match analysis of the game.  The event in Chennai will be attended by Club Ambassador, Dwight Yorke and Legend Wes Brown. Supporters can also expect live entertainment, giveaways and competitions, courtesy of the club’s commercial partners.

“Engaging with our 659 million global fans is a priority for Manchester United and we are excited to be returning to India with the new #ILOVEUNITED concept this season. This time round the popular fan event has been supersized, linking our fans around the globe to unify the passion and support they have for the club.

“Our international events have been hugely successful over the past seven years, with thousands of fans attending each event and last season alone we travelled over 50,000 miles to visit our global fans. We envisage this season’s #ILOVEUNITED to be just as popular and look forward to bringing some of the excitement and buzz of Old Trafford to our international supporters.”
MANCHESTER UNITED GOES GLOBAL WITH #ILOVEUNITED.